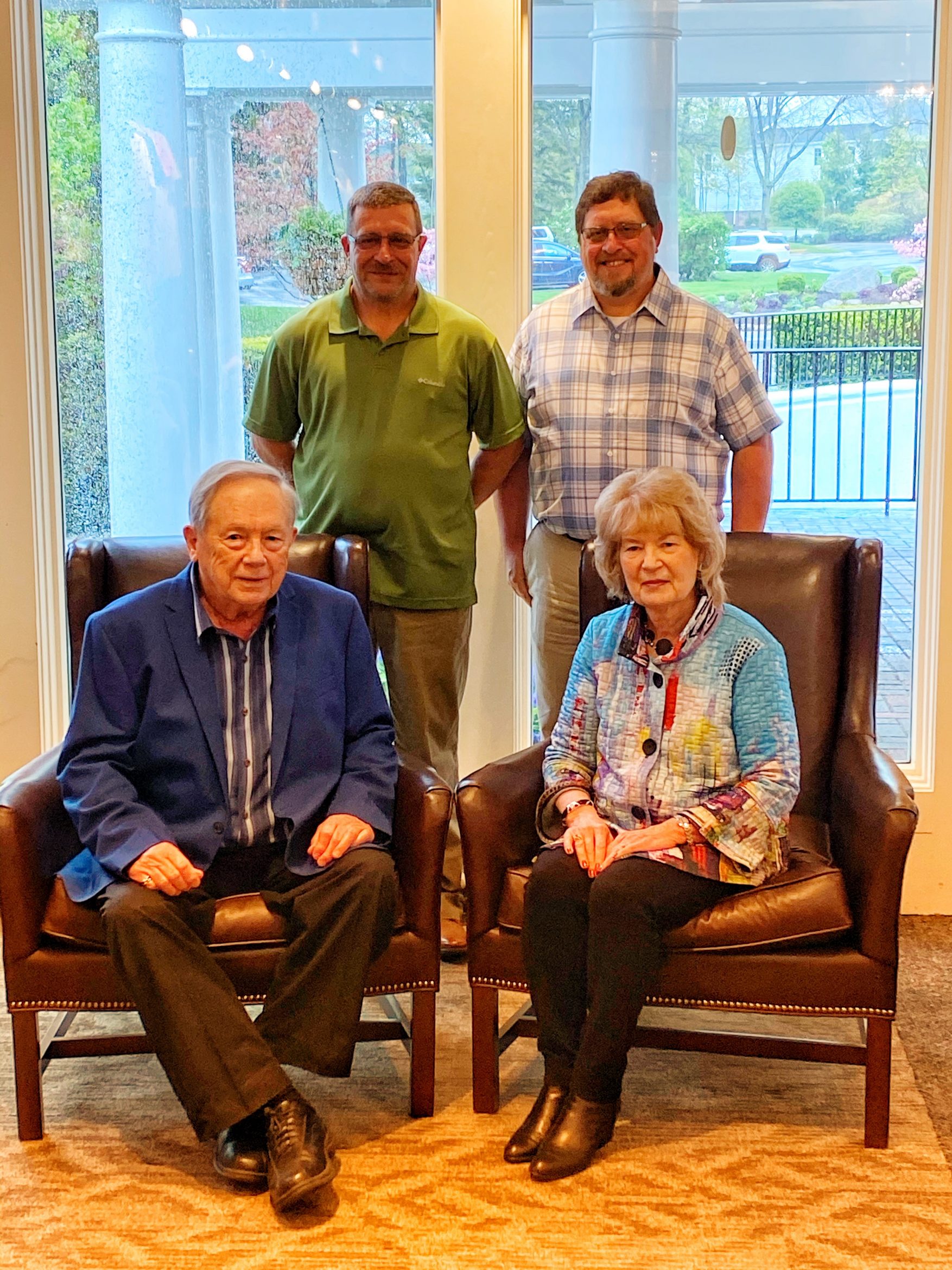 Don’t let the image of two friendly great-grandparents fool you. Larry and Annette Kapp caused trouble of the best kind more than 40 years ago. In fact, they were trailblazers, and their efforts changed Big Brothers Big Sisters forever. They still influence the Northeast Indiana agency, a nonprofit organization serving children by creating and supporting one-to-one mentoring relationships which ignite the power and promise of youth.

Who are the Kapps?

Larry and Annette Kapp met during a dance at Saint Francis College and then married. Then they had three daughters, 11 grandchildren and three great-grandchildren. Except that’s not an accurate total. They also have two other non-biological sons who have four children and one granddaughter.

That part of the story begins in the mid-1970s when Larry agreed to become a Big Brother to Ken Place who was 8. Ken, one of his two brothers and one of his three sisters were enrolled in Big Brothers Big Sisters. They were a family of six kids and one mom because their father had lost his life in an accident.

“So I go to pick up Ken to take him out, and Joe was sitting and crying, that wasn’t going to work, so I took them both and that took care of that.”

Except it didn’t, really. Joe, who was probably 6 at the time, already had a Big Brother. The man had been promoted at work and was unable to meet consistently with his Little Brother. Ken and Joe were brothers and best friends. Larry volunteered to be Joe’s Big Brother as well. But the local office said, “Not so fast. It’s supposed to be a one-to-one mentoring program.”

The Kapps’ solution was for Annette to work together with Larry on being Bigs to both the boys. But that caused even more consternation, and the national office had to be consulted. The idea of mentoring was also supposed to be male-to-male and female-to-female. Big Couples are a common part of today’s Big Brothers Big Sisters program, but they were unheard of during the 1970s.

“In order for this to work, we have to be together as a family,”

“So then we finally had to go to a meeting with all of these officials,” Larry said. “They said, `This has never been done in the USA, and we’re not sure about this.’ We were told we could try it for a short period of time and if it didn’t work out, `We’ll have to split you guys up.’”

A short period of time turned out to be more than 40 years. The Kapps are still a vital part of the Place boys’ lives and still regularly connect, especially on Mother’s Day, the 4th of July and Christmas.

“They are as much a part of the family as our daughters are,” Larry said.

It’s been a fun life and relationship. The Kapps took the Place boys with them pretty much everywhere. This included to the lake, snow skiing, swimming and anywhere else they were going. Larry taught Joe how to golf when he was 13, buying him his first set of clubs. Joe still plays regularly, using the driver and putter from that original set.

“It was great,” Ken Place said. “They just accepted us, and the girls are like my sisters. I learned a lot from Larry and Annette and being around them, you learn a lot of lessons just watching them. They are just great people.”

Some of those lessons included doing chores around the lake cottage on Oliver Lake.

“I didn’t get to sit around while everyone else worked,” Ken said. “Everyone had a job. I just know I wanted to get it done as quickly as possible so we could go swimming or out on the boat or fishing. It was awesome.”

The Kapps often even included the rest of the Place family at the lake or at other outings.

“Larry took the whole family out to eat at Club Olympia once. Before we went in there my Mom was telling us all the rules about being on our best behavior and `Don’t you embarrass me’ and stuff,” Joe Place remembered. “So we finally go in and all sit down, and three or four minutes later Larry shoots a straw paper right past my Mom’s nose and hits Ken right in the head!”

Any time there was a Kapp family outing or a graduation or a wedding or a baptism, the Places were always invited along. There were always new husbands, new wives and new babies to meet, Ken said.

“Larry’s heart is so huge, I don’t think even Fort Wayne could hold it,” Ken said. “We were very, very blessed to have Larry and Annette in our lives.”

Ken lives in Van Wert where he is a utility lineman. Joe recently passed his 31st year serving in the military as part of the Indiana National Guard at Fort Wayne International airport.

One of the Kapps’ daughters, Laura Kapp Miller, now serves on the BBBS of Northeast Indiana Board of Directors and is in charge of the recruiting task force. A few years ago, she asked Joe to host an event at the Air National Guard where he told his story about the Kapp family, introducing Laura as his sister and almost making her cry.

“My family learned a lot about going beyond ourselves and helping in the world,” Laura Miller said. “It’s a whole family thing that we want to help others who aren’t as blessed as we are. It has turned out to be pretty cool as we got to meet another neat family and bring them into our family.”

Laura’s daughter Nicole Penar recently joined the local agency as the director of programming. The Kapps’ influence on Big Brothers Big Sisters might last as long as their influence on the Place boys.

“Even when I started having children, Larry and Annette always included him, too,” Joe Place said. “He still tells all his friends about Larry Kapp.”