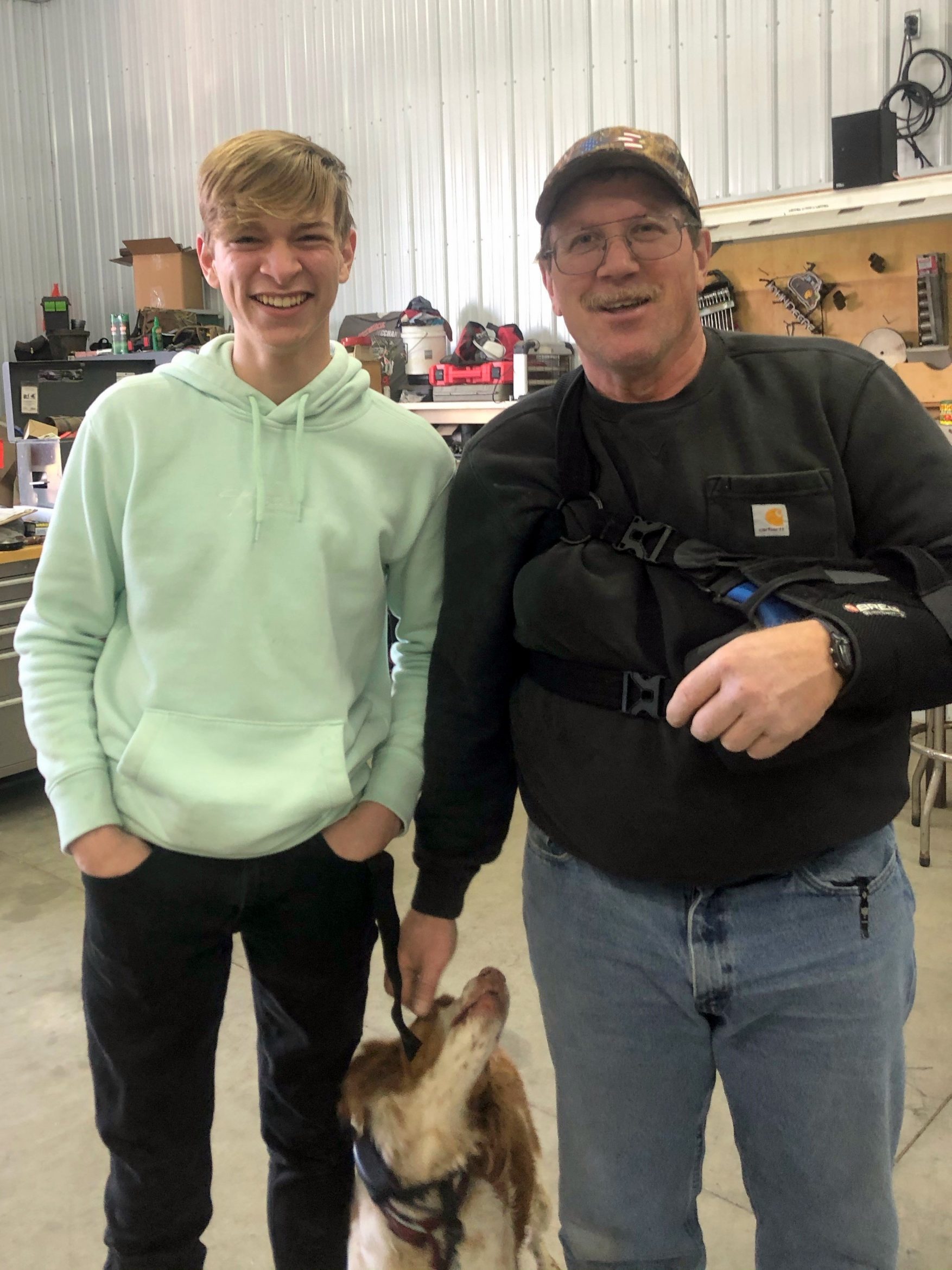 Sometimes being a Big means telling the Little when it’s time to put the brakes on.

No, literally. Big Brother Neil Bammerlin recently instructed Little Brother Hunter on how to change his brakes and rotor pads. It’s the little things in life that can make a big difference.

Neil and Hunter have one of the longest-lasting matches in Big Brothers Big Sisters of Northeast Indiana history. They started in 2009 when Hunter was 6 years old, and it was a memorable first outing.

Depending on whose memory is correct, Hunter either wanted a squirt gun or slingshot with water balloons from the Big R store. They went there because either A) Neil needed to pick up a part; or B) Neil wanted to show Hunter the baby chicks. The problem was C) Mom had already said No to buying any more squirt guns or slingshots, which Neil reinforced but Hunter didn’t care to believe and threw a fit.

“We were about done for the day, so I just took him home and his mom could tell he had been crying,” Neil recalled. “I’m like, `Wow, she’s never going to let me take her kid anymore.’”

Actually, Mom recognized a sucker when she saw one. That trip to the store was a long time ago considering Hunter is graduating from Warsaw High School this year, and Neil will be right there sitting next to Mom when it happens.

“I still remind him to this day, `I really want those water balloons,’” Hunter said.

Well, it would be a unique graduation present.

But Neil has been a huge influence on Hunter’s life, teaching him many things such as hunting and fishing and encouraging his dream of becoming a veterinarian. Neil used to have a bunch of farm animals and spent time explaining to a younger Hunter what it takes to care for them. Now Hunter wants to specialize in large animals.

“It’s always as blast when I’m with him,” Hunter said. “My mother wanted me to have a father figure, and he’s taught me a lot of things. We’re always doing something, and I’m always helping him whenever I can and he’s always helping me.”

Part of that teaching and helping included oil changes, replacing tires and then the brakes on Hunter’s 2005 GMC Envoy. He purchased it three years ago with 80,000 miles on it and has pushed that to 130,000, meaning regular maintenance is a must, including the brakes recently.

“He knows I work on vehicles and stuff,” Neil said. “He came over and I said, `Here’s your option: Am I doing this or are you doing this?’ He said he’d like to learn so I said, `So you are doing this and I’m coaching.’ He actually did all four of them. I helped a little bit, but for the most part he did them all.”

They completed the task in one morning, and Hunter drove to his job that afternoon at Panda Express. He also works as part of a co-op through school with a local veterinarian where he’s an animal care technician.

“He’s always been there as someone I could hang out and be with, talk and do guy stuff,” Hunter said. “I will definitely keep up that relationship later in life.”