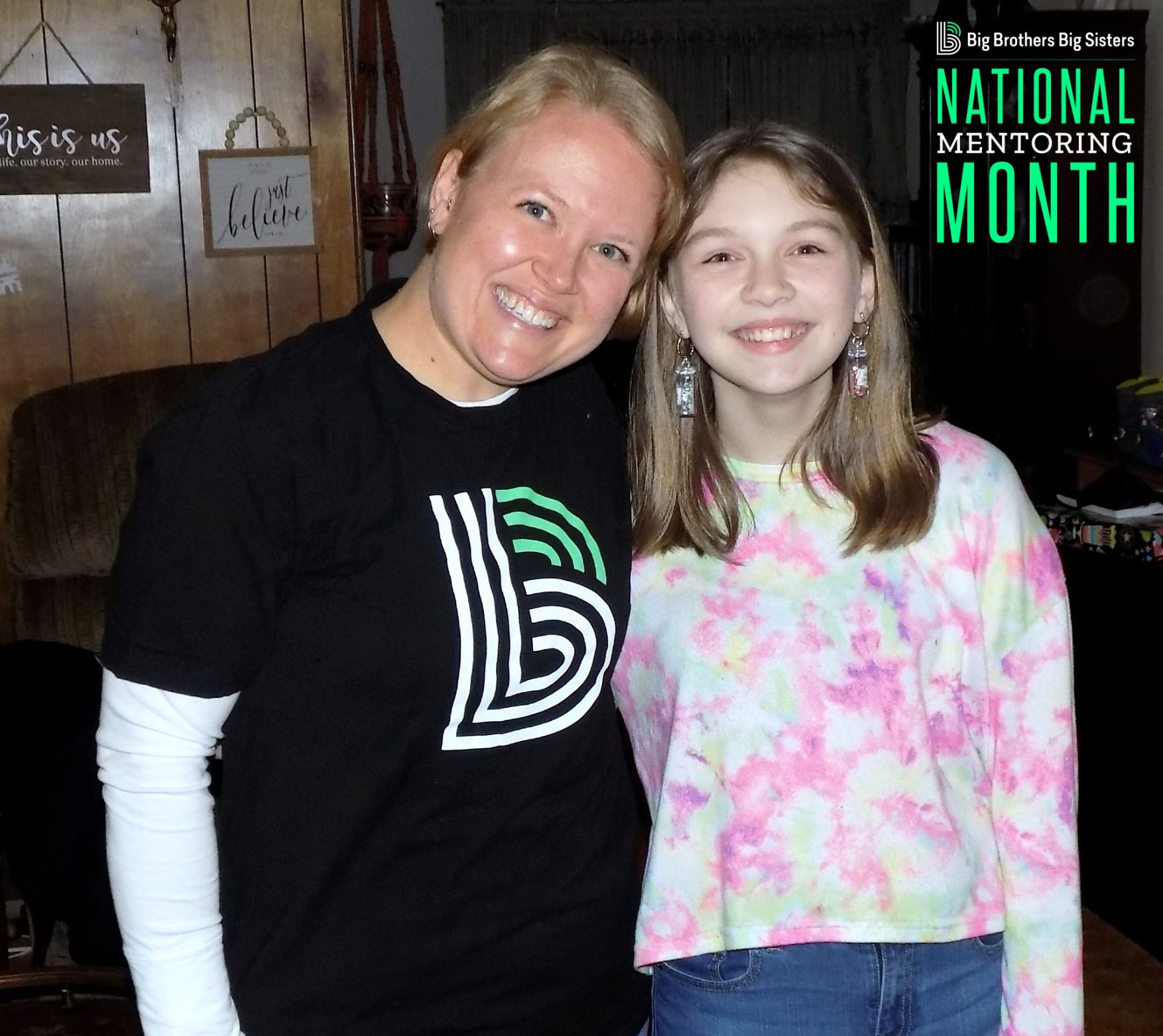 Almost every relationship in Big Brothers Big Sisters bonds over something. Maybe it’s a favorite activity such as movies, food, reading or sports.

Sometimes it’s something even more important.

About six years ago, Keylee received a Christmas gift which included beads and elastic string to make bracelets.

“I don’t really remember why I thought it was so interesting,” she said. “I didn’t even wear very much jewelry at the time.”

Because her mother was recently diagnosed with cancer, in 2016 Keylee was matched with Big Sister Missy who works for Indiana Physical Therapy. What Missy didn’t tell her new Little until later, however, was that they were meeting on the fifth anniversary of her husband’s death from cancer.

“I didn’t want to put that in her mind as a second grader,” Missy said.

But Keylee’s situation gave Missy’s own experience a purpose. Maybe in ways few others could, she could relate to everything Keylee was going through and understand and help.

During their first couple of meetings, the pair played board games and worked on reading, but then Missy discovered Keylee shared her own love of crafts. Every Tuesday, Missy would show up with something different to try, and those lunch hours flew by. Keylee often gave her productions away to friends and family.

But then mom’s disease became terminal in February 2019. A July fundraiser was organized, and Keylee decided she was going to make and sell jewelry at the event. Already been making bracelets and selling them to friends at school, she stepped up her efforts.

Her bracelets and earrings were a huge hit as Keylee earned more than $100 at the benefit. She offered the money to her mom to help with expenses, but mom declined, so Keylee bought the family pizza for dinner.

With Missy’s encouragement and help, Keylee continued to make jewelry. Missy has two or three, including one that says, “Live, laugh, love.”

But then, after an amazing fight, Keylee’s mother passed away in January 2020. Shortly after, Missy explained her own tragedy to Keylee one night after a BBBS match event.

“She had a bunch of questions so we sat in the car and talked about Andy and all that I had gone through,” Missy said. “Her first comment was, `I’ve known you for how long and this is the first I am hearing of this?’ I explained to her why.”

That’s when Missy really stepped up as Keylee’s Big Sister.

“I’d talk to Missy if I needed somebody else to talk to,” Keylee said. “It was just nice that I had something besides just myself to have a distraction. I liked that the crafts could distract me from any thoughts I didn’t want to think about.”

After the fundraiser, Keylee’s jewelry became something of a business. Now a 13-year-old seventh grader, she started “Kiwi Keylee’s Bracelets” with a cartoon dinosaur sitting on Saturn and wearing a crown as her logo. She even created her own order forms and laminated business cards made with scotch tape.

One night at a BBBS event she was telling Match Support Specialist Jaren Harmon about her jewelry.

“She brought her entire inventory to show me all the beads she has,” Harmon said. “I wanted one with my name on it so she filled out the whole order form for me on what colors I wanted, how manty beads and she sized my wrist to see if it was a similar size to hers.

“At the next match meeting, she had the whole thing wrapped up in an envelope she had colored. It was close to Halloween and there was some candy in there, and she had hand cut some confetti. She definitely has the knowledge of entrepreneurship and business that I would not expect her to have at that age. She’s very conscious about those kind of things, and it’s really cool.”

As she continues making jewelry, Keylee plans to open an Etsy shop online when she turns 18.

If you’d like to find out more about being involved with Big Brothers Big Sisters of Northeast Indiana as a potential Big, volunteer, or donor, call 260-456-1600.